I have never been a natural runner. When I was in 7th grade, and in a public school for the first time, I found out that gym class involved actual exercise, like running, gymnastics, rope climbing, and sit ups. I loved being in a larger school, with more options for friends and fewer options for crabby nuns, but if I could have gone back to parochial school for any reason, it would have been gym class.

By 8th grade, however, I had my eyes set on attaining the Presidential Award for fitness. I no longer remember my reasoning – I think it was peer pressure – positive for once. So, Mom and Dad – I didn’t just skip out of school or drink beer underage or smoke cigarettes at the corner with Donna (which you might not know about. Mom – sometimes I stole your Pall Malls. Coming clean here….) – I actually exercised under the influence of my friends. You probably don’t know that, seeing as you were too busy driving around town trying to find me when I was skipping out. (To my nieces and nephews and children: I only skipped out ONCE. ONE TIME. And that single time, guess who found me? GRANDPA CONARD. Yeah. You know he is hardly ever angry but man, you don’t want to meet him in his yellow Country Squire when your supposed to be in school.) 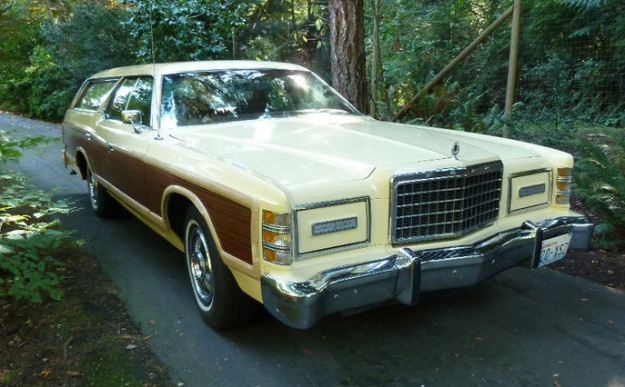 The sight of this coming towards me will remain forever etched in my brain.

If you wanted to qualify for the “Presidential”, you had to be able to run a mile in under 15 minutes. I practiced all spring. I ate salads instead of macaroni and cheese (a huge sacrifice, I’ll have you know). I asked my dad to measure the distance to the end of the road, and then when he told me it was a tenth of a mile, and that I would have to run back and forth 5 times, I wanted to die. I would never make it. But dammit, I was going to try.

On the day of the test, I remember running on the crushed black gravel of the school track, the hot sun beating down, and my vigilant gym teacher with her mocking stop watch, calling out my time with each pass. I got a side stitch and I had to walk a few times, but I persevered and ended my final lap under the 15 minute mark. I have no idea how much time I had to spare, but I don’t think it was much. I just remember that I did it, and even though I was the last kid on the track, I was pretty darn full of myself. My gym teacher just rolled her eyes, because seriously – running a 15 minute mile when you are 13 years old was pretty lame. But from the perspective of old school Catholic gym class involving scooter boards, it was a pretty big accomplishment for me. 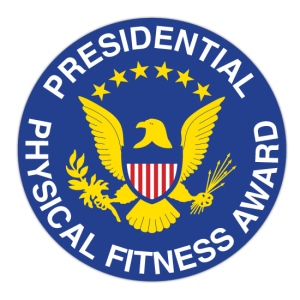 I started out in my crappy yellow Kohl’s Asics, my floppy cotton shorts and t-shirts and started running. I gradually built up to a mile, then two miles, then three. I distinctly remember the jubilation I felt when I got home after making 3 miles. Never in a million childhoods did I ever think I could run that far. This was the turning point for me. If I could do this, I could do anything. Runners High, here I come.

In truth, I hate running, and always have. It does not come easy for me – I’m like a plodding, ancient, plow horse, prone to hip bursitis, plantar fasciitis, Piriformis syndrome, sore boobs, hemorrhoids and if that wasn’t bad enough: stress induced incontinence (SUI).

Yes, that’s really a ‘thing’. Many women can attest to the occasional sneaky leak produced after sneezing or coughing, but it can also come with exercise, such as running and jumping. I discovered this ‘thing’ on my very first run (age 43, not 13 – just to be clear), midway thru my neighborhood. I slunk home, hiding behind bushes and pulling my t-shirt down as far as possible. Needless to say, I no longer run without my protection, and I don’t mean a Smith and Wesson, although shooting my bladder doesn’t always seem like such a bad idea.

What I loved was being DONE running. The feeling of accomplishment, the endorphins, the victory, the conquest of each mile added, the drive to beat my last distance or time, filled my veins like heroin. I was off and running (get it? AH-Hahahahahahaaaa! I kill me!). 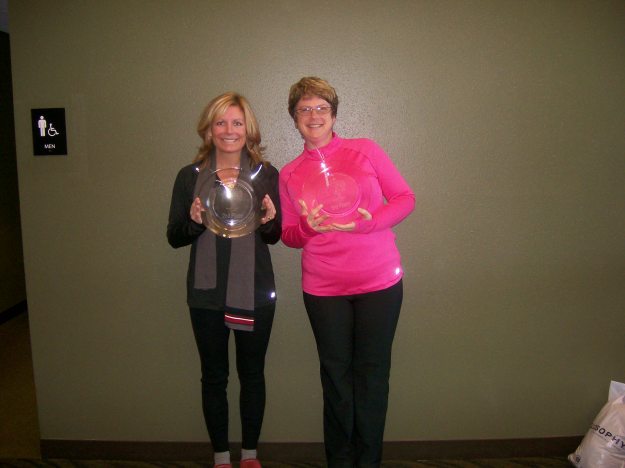 With my friend Shari after completing the New Year’s Day Polar Bear Run. I took 3rd in my division – mainly because only three of us showed up. But I’ll take it!

About 4 years ago, my clean food plan took a dive – sugar and flour and, specifically, my beloved cake, began to show up sporadically, and then frequently, and it became harder to run because my weight was going up (ironically, I still don’t eat mac and cheese). I started biking about 2 years ago, and fell in love with a sport that took me all over the countryside without injury (except when I fell in my clips – ow). My running distance dwindled, until last winter, when I was running about, well, zero miles a week. I didn’t miss it. At least, I didn’t miss it based on all the reasons I hated running to begin with.

The past 6 months have been rough for me, emotionally, spiritually, and physically – moving, losing two family members, hormones, a long cold winter, and stress. Lots and lots of stress. My body is protesting the extra weight and sugar filled diet – it’s harder to move, I’m tired all the time, and I have frequent headaches and body aches. You know, I don’t really even care about the number on the scale, or about how I look – I haven’t quit exercising and I still bike, lift, and do some cross fit. But I do care that it’s getting harder to get up in the morning. Harder to motivate myself. Harder to get off the couch.

So, I’m running again. A sane person might ask me why – thank goodness I don’t know too many of them. But for those of you who are – it’s because of the mental discipline and accountability that running brings to the table. When I’m looking at food choices, I have to decide if I want to haul that around on my two-mile run. A successful run starts in my head. If I walk around thinking about how much I hate it, my run is going to suck. But if I concentrate instead on beating my last time or running a little farther, always throwing my mind forward to the finish – it’s motivating and euphoric.

These are both tools I need to cultivate again in my daily life. By concentrating on bringing it into my physical world thru running, it will spill over into my emotional and spiritual world as well, helping me to cope with life’s curve balls in a much healthier and positive way. That’s the plan anyway. I’ll keep you posted.

Currently, I am running about 2.2 miles at a crack. I started with a 50/10 sequence of running 50 seconds, walking 10. I’m up to running my first 14 minutes, and then finishing at 50/10. I have found the 50/10 pace is pretty easy for me to keep up now, but my pride wants me to run without stopping. That dang pride! Always nagging me! But there is something disciplined about running according to a beep in my ear – obeying a plan instead of endangering my health, so I think the 50/10 or some form of split is here to stay. Again, I’ll keep you posted! I

PS – What do you do to handle stress or stay motivated in a healthy lifestyle?  I would love to hear from you!!

3 thoughts on “Oh Running, How Do I Hate Thee?” 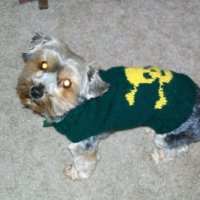