Last week, my friend Helen invited me to participate in the “3 Quotes, 3 Days” challenge, which is to post a quote each day for 3 days and nominate 3 new bloggers to participate.  I’m going to cheat a little (Cheater, cheater, pumpkin eater…) and I’m not going to nominate anyone in particular and just say that whoever wants to join in is more than welcome.

I’m also going to cheat by doing all three of my quotes in one post (…had a wife and couldn’t keep her…wait….what?  I think I just messed up a nursery rhyme…) as a time saver.  While this could be seen as purely selfish on my part, I’m actually doing you a favor as you now only have to suffer thru one post and not three.  See?  I’m always thinking of your welfare.

When I was 13, I thought Captain Kirk was the coolest character on Star Trek, not to mention hot.  He was my first movie star crush and my favorite episodes were always the ones where Kirk fell in love… *swoon*

Now as an oh-so-much wiser adult no longer under the mesmerizing affects of puberty, I have done the smart thing and fallen in love with the Wolverine instead.  You thought I was going to say Spock, didn’t you?  Not so much.  But I do love him – you know – as a friend.  And, he has been, and always shall be, the coolest character on Star Trek.

*Note to my friend Doreen.  I am fully aware that quoting Star Trek and having a teen crush on Captain Kirk and not dumb old Shaun Cassidy totally makes me a nerd.

*Note to my brother, Joe.  Thank you for saving me from the horrors of the Mickey Mouse Club and forcing me to watch Star Trek even at the risk of getting into trouble with mom because you would rather watch nothing at all than allow me to watch weird children dancing around in mouse ears, and after a fierce fight over the channel dial, you pushed me into the carpet and pulled the plug and I went crying to mom.  I owe you one.

“That is one big pile of shit…” – Ian Malcom, Jurassic Park

My family has an abnormal addiction to certain movies, and we randomly quote them in day to day living.  Perhaps you are wondering why even use a movie quote as one of my picks and not something profound from Ghandi or Sue the Great?  It’s because stupid movie quotes are like an inside joke – a connectivity as a family – sharing the same sense of humor and same taste in movie genre enabling us to watch them 100 billion trillion gazillion times in a row.

It was really hard for me to pick just one quote from our entire repertoire of memorized movies.  I chose this one because you know how much I love the “S” word, and it covers just about anything life throws at you.  Bad hair, bad job assignment, bad dinner.  Plus Ian Malcolm is the cat’s pajamas.

Note to anyone still reading: Myself, my son, and my daughter were standing in line waiting to see Jurassic World, when we heard someone make the sound of Austin Power’s phone ringtone.  We had found our people.

“Hurry up and get the work done so we can screw around.” – Dave

I was going to put a serious quote in here – change the tone and be all profound and philosophical and high brow tootin’ fa-lootin’.  But I’m really tired because my friend Kay and I kicked asphalt today riding 65 miles in the Titletown Bike Tour and I didn’t take a nap after so now my eyelids feel like they weigh 500 pounds each.

Instead you now get my hubby’s daily mantra.  We live by this code in our house – there’s much tom foolery to be done, but we don’t want to do it with dirty laundry and a full sink of dishes.  I don’t have a video for this one.  You’ll just have to use your imagination.

Until next time my friends – 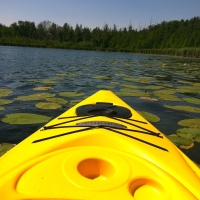 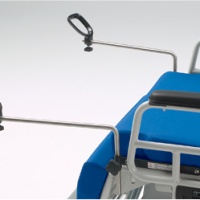